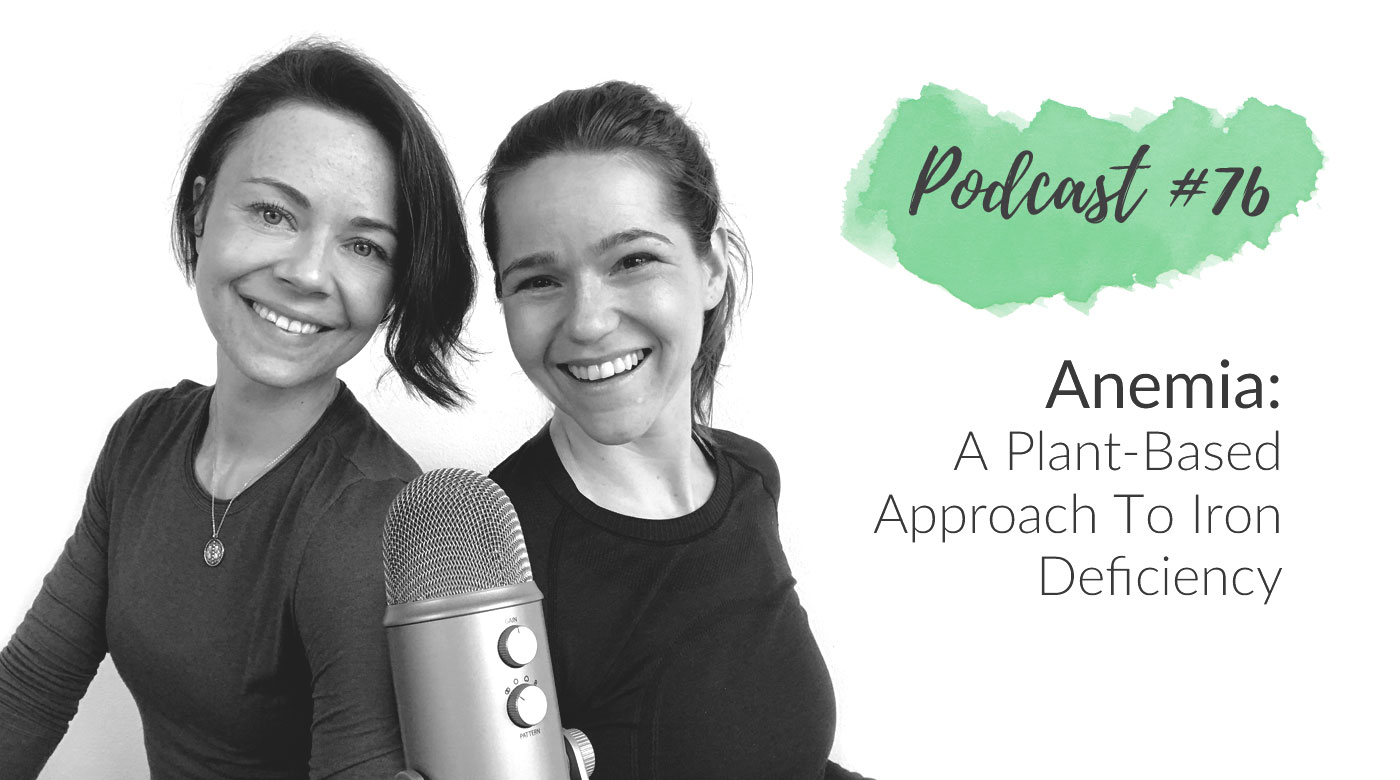 As health coaches, we often talk with people and even see clients, who struggle with iron-deficiency anemia after adopting a plant-based diet. It’s common to hear people describe just how much better they felt eating this way until the issue of anemia arose, and they were ‘forced’ to return to eating meat and or taking an iron supplement!

Now this situation is a bit upsetting —especially when this advice of returning to a standard diet and pumping the body with chemicals comes from their family doctor. As for us, we try to steer anyone who asks about treating anemia toward the most natural solutions – whole food plant-based sources of iron and healthy active lifestyle.

Iron is an essential mineral–a metal to be exact–and its main job is to carry oxygen from our lungs to the rest of our body. Iron is also part of the enzymes that are essential for optimal digestion and overall body health. Without enough iron, red blood cells are fewer and smaller, which means they’re not transporting sufficient oxygen where it needs to go. When this happens, your organs and tissues can’t work as well as they should.

Anemia: A Greek word meaning “without blood” – occurs when the body has a low number of red blood cells (RBCs).

What are the general signs and symptoms of anemia?

Fatigue and Unusual Tiredness
When your body doesn’t have enough hemoglobin, less oxygen reaches your tissues and muscles, depriving them of energy. In addition, your heart has to work harder to move more oxygen-rich blood around your body, which can make you tired.

Increased heart rate
In cases of iron deficiency, the heart has to work extra hard to transport oxygen around the body which can lead to irregular or fast heartbeats and even heart murmurs, an enlarged heart or heart failure.

Shortness of Breath (especially when going up inclines)
If you find yourself out of breath doing regular, daily tasks that you used to find easy, such as walking, climbing stairs or working out, iron deficiency could be the reason.

Pale Skin
Paleness in general or in specific areas such as the face, lips,  lower inner eyelid or nails may be a sign of moderate or severe iron deficiency. This is caused by lower levels of hemoglobin, which gives blood its red color.

Frequent Headaches
This symptom seems to be less common than others and often goes hand in hand with lightheadedness or dizziness. Low levels of hemoglobin in red blood cells mean that not enough oxygen can reach the brain. As a result, blood vessels in the brain can swell, causing pressure and headaches.

Brittle or Spoon-Shaped Fingernails
This is a rare side effect and usually only seen in severe cases of iron-deficiency anemia.

There are several different types of anemia, and that’s why treating this condition can get a bit complicated.

*NOTE*:  Since we are not doctors and it goes beyond our scope of practice to diagnose or treat specific health conditions, we suggest that you turn to a trusted health practitioner for professional advice.

…today we will talk about two of the most common types of anemia:

The human body stores iron mainly in the liver, spleen, marrow, duodenum, and skeletal muscle. Iron deficiency occurs when the body’s stores of iron become depleted, and it no longer has enough iron to make all the red blood cells it needs for optimal oxygen distribution. Some common symptoms of anemia are fatigue, shortness of breath, and frequent bruising. You can get a blood test done to determine if you are iron deficient.

The more active the person, the more dietary iron she/he needs. Constant impact activity, such as running, reduces iron levels more dramatically than other types of exercise because of the more strenuous hemolysis. With each foot strike, a small amount of blood is released from the damaged capillaries. In time, this will lead to anemia if the runner doesn’t pay close attention to her diet. Iron is also lost through sweat.

Vitamin C is the trick to aiding iron absorption, so be sure to also consume foods high in Vitamin C, alongside foods high in iron. Leafy greens are particularly helpful. However, too much of those containing oxalic acid (such as spinach, and swiss chard) can interfere with iron absorption, so the best answer is to rotate your leafy greens often. Include a variety of  Vitamin C containing foods –  goji berries, bell peppers, broccoli, citrus fruits, organic berries, camu camu powder, etc.

Drinking tea, coffee and caffeinated pop with meals decrease iron absorption. The polyphenol content of these beverages is responsible for this inhibition. So make sure if you do consume either of these beverages to do so about 30-60 minutes before of after a meal.

Today many people vegetarians, vegan as well as omnivores are deficient in B12.

B12 is a microbe, a bacteria that lives in your stomach. A healthy gut is essential because even if you are getting enough B12 through your diet, this bacteria won’t survive in an unhealthy environment. In that case, B12 is often blocked and not adequately absorbed and distributed into the bloodstream.  As we previously discussed, B12 is essential to help form healthy red blood cells.

How do you if you are B12 deficient?

Get tested for B12 deficiency – either with a urine test, homocysteine blood test or methylmalonic acid test.

With pernicious anemia, it is most likely due to chronic digestive problems and certain autoimmune disorders (Crohn’s disease, Celiac disease, IBS).

Causes and triggers for that could be:

To help out the show:

Dedicated to your health & wellbeing,

2 responses to “#76: Anemia: A Plant-Based Approach To Iron Deficiency ”