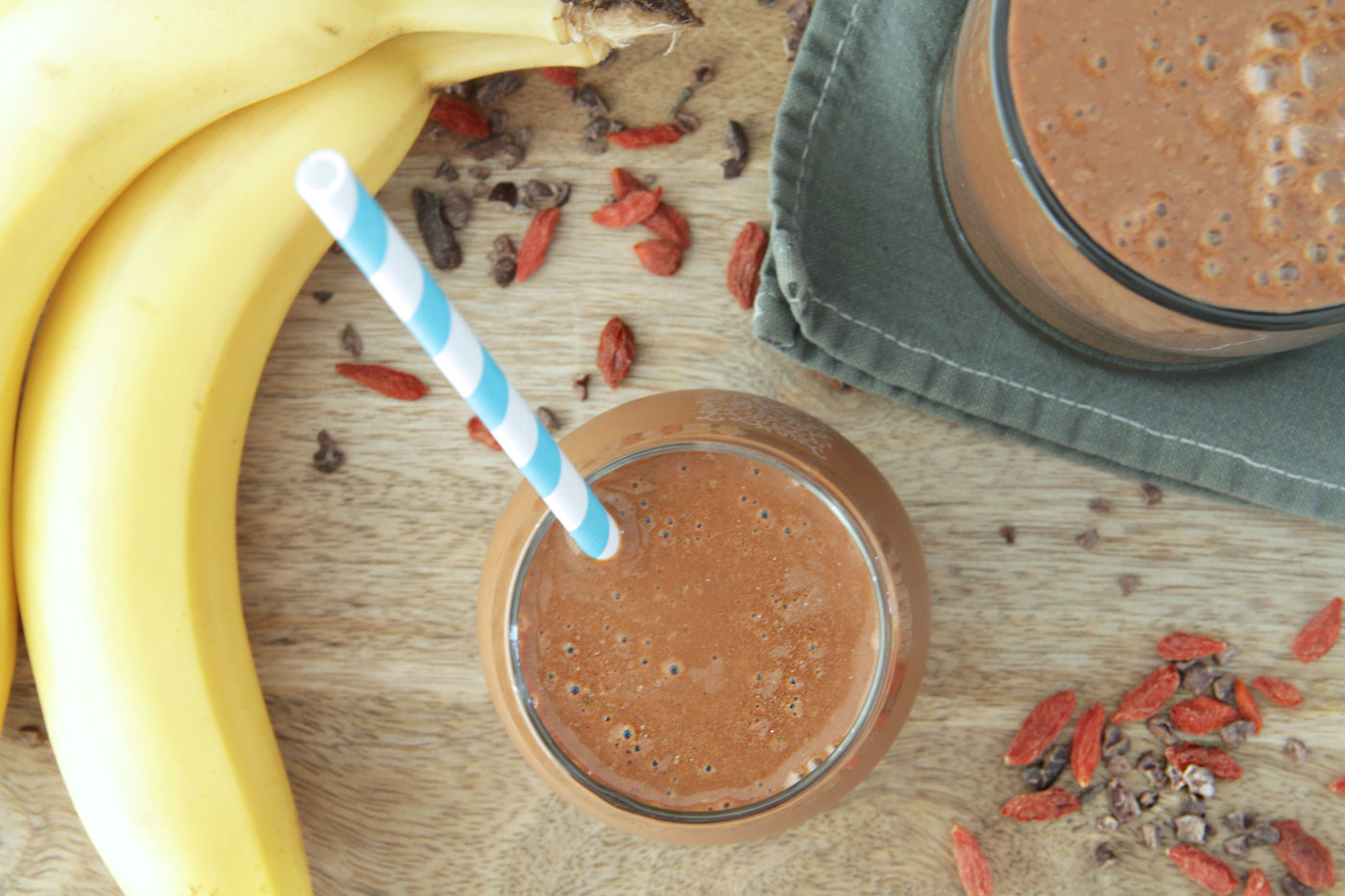 We are excited to share this powerful and energizing Ashwagandha smoothie with you! This recipe features Ashwagandha root powder, an herb that provides an incredible amount of health benefits – especially for women!

The word “Ashwagandha” is sanskrit for “essence of a stallion.” This root and it’s berry have been used for thousands of years in Ayurvedic medicine and  just recently, western & eastern scientists have been jumping on board, coming up with clinical trials and tests supporting the healthful power of this herb.

Let’s take a closer look at some of these perks…

Ashwagandha is believed to possess anti-stress properties. Traditionally, it had been administered to induce a soothing and calming effect on a person. The active ingredient that is responsible for this activity is still unknown, but in validated tests, Ashwagandha has been shown to reduce cortisol levels by up to 26%. That’s huge! After just 5 days of use, the effects were similar to anxiety-relief prescription drugs, WITHOUT the side effects!

More than 30% of the world suffers from insomnia. Ashwagandha proves to be rejuvenating and calming for the body. The herb’s properties support healthy sleep by regenerating the body and addressing stress-related exhaustion.. Taken before bedtime, a medium-sized dosage of Ashwagandha allows sleep to come naturally and quickly. The sedative effect of Ashwagandha does not lead to a “hangover” the next day as many pharmaceutical sleep aids do.

Ashwagandha has been found to selectively increase the production of T4 hormone and simultaneously reduce cell damage caused by free radicals. While this is especially beneficial for hypothyroidism (underactive thyroid), it might have a regulating effect on hyperthyroidism (overactive thyroid) as well.

Researchers at the ICMR Advanced Centre for Reverse Pharmacology in Traditional Medicine studied the effects of daily ashwagandha supplementation on a group of healthy individuals. They found that their muscle strength and lean body mass increased and their fat percentage decreased. In addition, taking this herb reduces the chance of cardiovascular disease.

Recent evidences suggest that ashwagandha has the potential to inhibit cancer cells. Ashwagandha extract disrupts the cancer cells’ ability to reproduce – a key step in fighting cancer. It also possesses antigenic properties which prevent the cancer from forming new blood vessels to support its unbridled growth. It also normalizes the immune suppressing effects of chemotherapy.

With 4 billion pounds of toxins dumped into the North American environment each year, it is important that we keep our natural detoxification pathways healthy. As environmental toxins are fat soluble, many of them find their way into the brain where they get congested. Studies showed that ashwagandha boosts a protein in the liver which helps clear out these deposits from the brain.

Ashwagandha root is known to activate and nourish the libido or life force within. It is this life force that we use to stimulate our creative juices, as well as pro-create.  It is a well-known semen promoter and it treats both impotency and infertility. It strengthens the central nervous system and has strong anti-stress actions. This powerful herb simultaneously detoxifies acidic blockages that may interfere with effective circulation of these vitamins and minerals that nourish the reproductive organs and libido.

Ashwagandha is generally regarded as a safe herb that will benefit most people. However, there are some considerations to keep in mind. Use it during pregnancy only under the advice of a qualified health professional. Do not take with barbiturates, as it may potentiate their sedative effects. In Ayurvedic theory, this herb shouldn’t be used if there is a current upper respiratory infection or lots of mucus congestion.

Print Recipe
No ratings yet

Dedicated to your health and well-being,

Reset you body, flush toxins, lose weight and feel energized with this easy to follow plan.

It’s absolutely free, are you in?