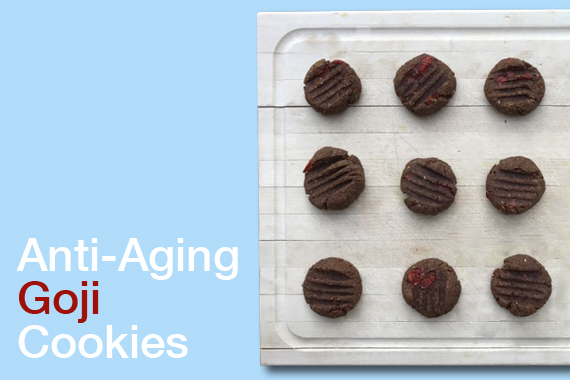 Did you  know that the Goji Berry is called the world’s most powerful anti-aging food?

Li Qing Yuen is documented as being the oldest person to have ever lived in recorded history. Born in 1678 and living to 1930, he was documented by the Government of China as having lived to 252 years of age. Twice he received Longevity Awards from the Government. It is said he ate Goji berries on a regular daily basis.

The Power of Goji Berries

Todays cookie recipe is simple yet packed with potent nutrients. Mainly from goji berries which have been used in Tibet for at least 1,700 years. Tibetan Medicine includes these berries in the treatment of:

Goji Berries are also used by the people of Tibet to increase longevity and as a general health strengthening tonic. Many of the people in some areas of Tibet and elsewhere who regularly eat the berries are known to commonly live to be over 100 years old with no health problems! Now that deserves some attention.

This is a simple cookie recipe you can easily make under 20 min. I personally enjoy them raw, to preserve all the nutrients, however if you prefer a more traditional cookie texture, then baking them in the oven at 350F for 10-12 min will do the job.

Now you have 2 options